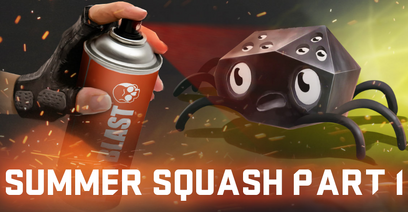 With our mission set to fix bugs ahead of working on features and complex events, we've been squashing 'em left and right. This patch is the first result of us tweaking under the hood to address issues that have been in the game for some time.  We're already well into working on the second Summer Squash release, so bear in mind that there are plenty more fixes to come! For now, read on to see what's already been sorted.

We're changing Credits Boosters for good, cutting prices across the board to make give you a much better bang for your buck.

Alongside cheaper boosters, we're removing some of the lower value items from Arsenal Crates to make them more valuable overall. If you open any unopened Arsenal Crates after the patch is live, they will update to the new version automatically.