Take a good look. Because you ain't gonna see me on the battlefield.

Willing to do anything to get rid of him, his Commanding Officer volunteered Phantom to take part in an experimental Refractive Armor test program. Returning the favor, Phantom promptly stole the suit and used it to plant incriminating evidence/livestock in his former Commanding Officer's quarters. Since then he has been a legend in his own mind. Never, ever lend him money, or your mobile phone.
A powerful recon operative who uses his Refractive Armor to disappear on the battlefield. He can easily re-position himself even under enemy observation, allowing him to attack without warning. His main weapon is the element of surprise. Forces enemies to constantly watch their backs. Suits the lone wolf type. 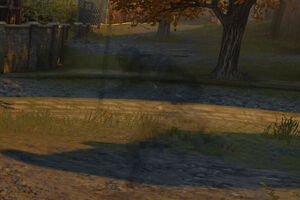 Mouse over the icons to display additional information :