With our brand new double-domed Objective map now in the wild, we've been monitoring the firefights and have made some adjustments. The biggest of these is to reduce defender bias on the first Objective by improving Jackal's tactical options.

To make it easier for Jackal to destroy the generator, the building above it has been removed to give Mercs with air support abilities a better chance to destroy it. The railings in front of the generator have also been collapsed, to allow for cleaner combat between Jackal's Mercs near the generator and CDA's on the lower ground. 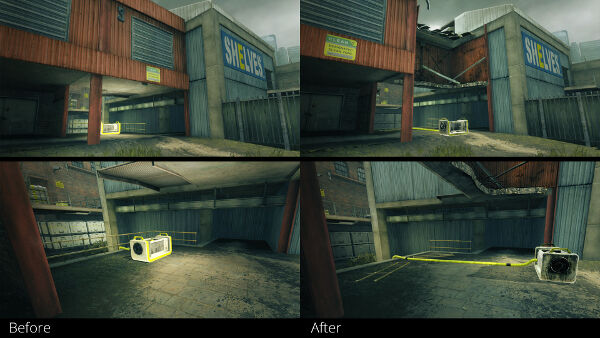 The MG nest in front of the brewery area has been raised onto a platform, giving Jackal a greater coverage of the CDA's entrances to the Solar Station. When Jackal have pushed into the solar station, they now have a stronger tactical option for locking down the area and allowing their teammates to deliver the objective. 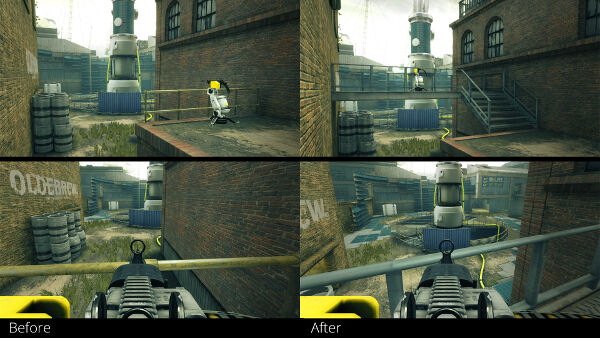